Trophies are chicken number milestones for each egg that gets unlocked when all missions have been completed.

Trophies are gained when the number of chickens on your farm reaches a certain level.

Since it is harder to get each amount of chickens with lower value eggs, trophies for lower value eggs are harder to obtain and typically offer "better" rewards. However, as a general rule, the number of soul eggs offered as a trophy reward is typically much smaller than the number you will need to get it, so there is no real point in chasing them (meaning Graviton Eggs offer the worst set of trophies in the game). The golden egg rewards are therefore better, but even at maximum efficiency, usually you can only reach the 250 million trophy using boosts without spending more eggs than you get (see the Tachyon Prism Boost Statistics). The prophecy egg rewards, on the other hand, are generally worth the effort by the time you can realistically get them.

The game always keeps track of the most chickens you've had on a home farm for each type of egg but doesn't award the trophies until all missions are complete. Once you complete the final mission (Lay 250T Dilithium), the game will award you with all trophies that you were qualified for previously.

The bottom row above lists the minimum time to reach that many chickens without using any boosts but with every available relevant research and epic research (i.e. it assumes your internal hatchery rate is 7,440, you have 4 habs, and your internal hatchery rate triples while the game is off). Note that the 10 billion trophy requires you to get a lot of research done - it is the only trophy whose requirement is more chickens than the base capacity of 4 chicken universes - so in practice it is much more than 10 times as difficult to get as the 1 billion trophy. 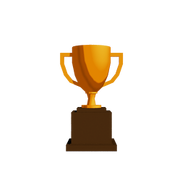 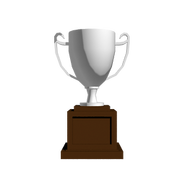 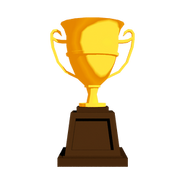 A fancy gold cup with an engraved base. 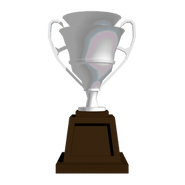 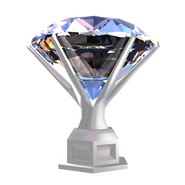 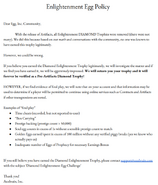 Retrieved from "https://egg-inc.fandom.com/wiki/Trophies?oldid=10198"
Community content is available under CC-BY-SA unless otherwise noted.