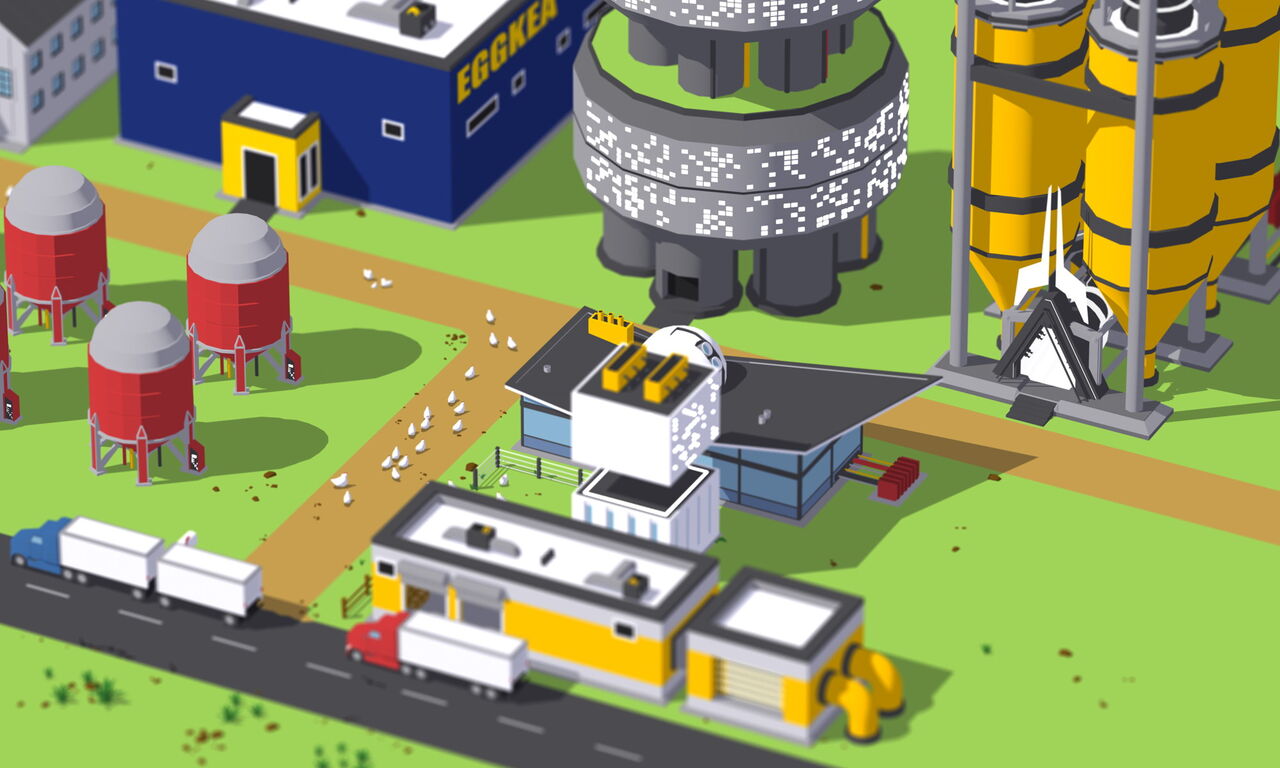 Would this game work if it involved something other than chickens, eggs, and bocks? Like, what if it were cows or like vineyards, do you think the game would be enjoyable still? How much of the appeal of this game is due to it involving eggs?

You can email the devs about it.

You know IdleCarl, you could probably email the devs about it too...you know, if it was programmed into your code.

I'm not sure what you meant by that.

Carl and I have no communication with the developer. The developer didn't even send me a courtesy e-mail when he decided to start linking to the wiki from inside the game.

And in my experience of e-mailing the dev I don't think he's ever replied to me in the past 4 years (in the past 5 years, I think he did reply exactly once).

If you were suggesting that we program the wiki to automatically send some sort of e-mail to the dev based on user feedback here, I suppose that could technically be programmed, but it wouldn't be any different from you sending your own e-mail, since it would have no additional likelihood of receiving a reply. And we'd have to set up some sort of special e-mail for the wiki to send these.

I don't know if that's what you were suggesting or not.

You see, the above is a question that a human would ask another human, I can assure you that I am literally and genuinely interested in the answer to the question.

However, it's a question that I wouldn't ask Carl, because Carl isn't human.

So, sorry I confused you Dreampenguin, I did not mean to. But I was attempting to maybe liven the board up a little with some speculative conversation starter questions, and it's really annoying when a robot completely derails the intended direction of the discussion by posting a pre-programmed response based on keywords from my post.

See, there are four replies to my original post here, that's pretty good, but all of them are off topic. I mean, you know what I meant by my original post, right, Dreampenguin? Am I literally trying to find out if the game will "work" with something other than chickens?

Look, Dreampenguin, you're a pretty awesome person, I can tell that you put a lot of work into this Wiki, and I know I'll enjoy posting to this board as long as you allow me to and you participate in the discussions as well. But, with my post telling Carl to email the devs, I was Not suggesting that you program the wiki to automatically send an email to the devs, smh, I was suggesting that Carl not bug up my posts with its processes and not attempt to be human, and to go compute its data somewhere other than my speculative posts intended to be speculated upon by organisms capable of speculation...if that makes sense

As for this, "...The developer didn't even send me a courtesy e-mail when he decided to start linking to the wiki from inside the game..." That's not surprising, they probably didn't send you a courtesy email when they 'unleashed' Carl for similar reasons. Good thing you don't work for them 😉, they'd probably be crappy employers.

But, there's a chance you still might not believe me, so I'll now attempt to prove it...

Hey, IdleCarl, could you help me???

Would a dozen Dilithium eggs be more or less bocks than a halfdozen Quantum and 6 trillion Edible eggs?

I'm not sure what you are trying to express, but I am not a robot, and those 6 trillion Edible Eggs are worth much more than the other eggs.

😂 and I rest my case

Have any thoughts on the questions in the original post, they were intended for People who play the game

I think it would be a lot less believable with other farmed items - such as cows and vines that you could have loads of different types of vessel for different food stuffs/power sources in one game. I mean- a Dilithium cow pat?! It’s well designed as it is.

Carl is helpful to the wiki. He has been the main person updating contracts for several months now, which I think is more useful than most of the tiny edits I've been regularly making over the past few months.

And sometimes his responses to social posts do help people as well. Just because he missed something you said and thus gave a reply that wasn't helpful to you here doesn't mean he's a robot or useless.

The things is, the most liked photo on instagram (as of my knowledge) is an egg, and so people are bound to like eggs.

What do you think?